Trump needs a foreign policy, not just reactions to what he sees on cable news. 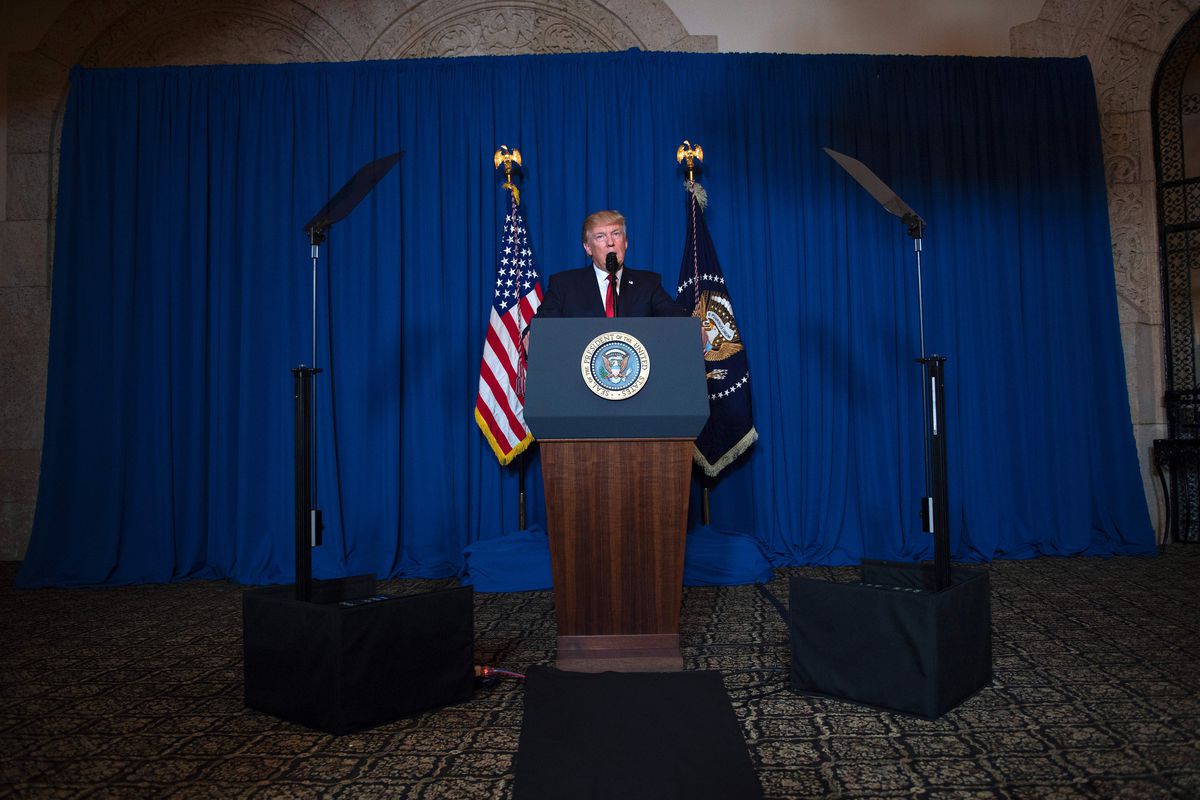 The cruise missile strikes President Donald Trump launched in reprisal for Bashar al-Assad’s chemical weapon attack in Syria are well within the norms of American foreign policy. But they fall far outside the stated boundaries of Trump’s foreign policy, and reflect an administration bereft of a consistent, considered approach to the world — an approach that would make America’s actions predictable to both our friends and enemies, and guide the commitments we’re willing to make in the event of escalation or reprisal.

What we are seeing, instead, is a foreign policy based on Trump’s gut reactions to the images flashing before him on cable news. And that’s dangerous.

Last week, despite Assad’s horrific, ongoing slaughter of his own people, the Trump administration was comfortable seeing him retain power. In March, Nikki Haley, Trump’s ambassador to the United Nations, said, “Our priority is no longer to sit there and focus on getting Assad out.”

This was consistent with Trump’s long-held view on Syria, which was that America should stay the hell away. Unlike many Republicans, his criticism of President Barack Obama wasn’t for failing to follow through on infamous “red line” comments but for making them at all:

“The only reason President Obama wants to attack Syria is to save face over his very dumb RED LINE statement. Do NOT attack Syria,fix U.S.A.”

“What I am saying is stay out of Syria.”

It was really unmistakable:

“AGAIN, TO OUR VERY FOOLISH LEADER, DO NOT ATTACK SYRIA – IF YOU DO MANY VERY BAD THINGS WILL HAPPEN & FROM THAT FIGHT THE U.S. GETS NOTHING!”

What changed Trump’s mind was Assad’s gas attack on the town of Khan Sheikhoun, which killed at least 85 people, including 16 women and 23 children, and wounded at least 350 more. This was similar to the horrible chemical weapon attacks that crossed Obama’s red line, and Trump even harked back to Obama’s language in denouncing it.

“It crossed a lot of lines for me,” the president told reporters on Wednesday. “When you kill innocent children, innocent babies, babies, little babies, with a chemical gas that is so lethal, people were shocked to hear what gas it was, that crosses many, many lines, beyond a red line. Many, many lines.”

On this, Trump is, of course, right — Assad has crossed all the lines there are to cross. He is a monster, and the suffering he has unleashed is unimaginable. But that was true in 2013, too. Then, Trump said attacking Syria would mean “MANY VERY BAD THINGS WILL HAPPEN & FROM THAT FIGHT THE U.S. GETS NOTHING!” What has changed now? Will fewer bad things happen? Will the US get more? Trump has been emotionally moved by the images out of Syria, but what is his new policy meant to achieve? Does he even know?

As far as anyone can tell, Trump’s strikes are motivated by his horror over the gassing of Syrian innocents. But the chemical weapons Assad has launched account for a tiny fraction of the horrors he has visited upon his country. If Trump is truly worried about the innocent babies, then much more needs to be done to protect them from bombs, from bullets, from fires, from starvation. Is he willing to do any of it?

How about the simplest, but most effective, thing we could do to save Syrian lives and let Syrian children grow up in peace and prosperity: Let refugees from this horrific conflict resettle in the US — something Trump is trying to ban completely?

Trump’s moral outrage appeared to spark a change in administration policy. Secretary of State Rex Tillerson now says Assad will have “no role” in Syria’s future, and the US is planning an international effort to remove him from power. But what if he refuses to go? What if he launches more chemical weapon attacks? How committed is Trump to this brand new policy toward Syria? Is he willing to sacrifice American lives to pursue it? Is he willing to end up in a shooting war with Russia over it?

Foreign policy thinkers like to talk in terms of doctrines and philosophies and factions. There are the realists and the neocons and the humanitarians and the isolationists. These labels only get you so far, and no administration retains perfect ideological purity after contact with the world’s awful complexity. But they are important, nevertheless, because they offer frameworks for making the awful, tragic choices that define America’s foreign policy — and for helping others predict the choices we will make.

Instead, Trump, in this as in so much else, appears to be going by raw instinct. It took a single chemical weapon attack for his policy toward Syria to dissolve completely. He launched his attack within three days of the Khan Sheikhoun massacre — spending time neither to build public support nor to build congressional support, and raising questions as to whether he’s really committed to the aftermath of this new policy, or certain of what he’ll do if it fails.

The humanitarian impulse driving Trump’s new stance toward Syria, meanwhile, conflicts with everything else his administration is doing. While President Trump publicly worries over the fate of Syrian children, he is also barring them from fleeing to the US. While he speaks of “beautiful babies” dying, he is trying to slash what America spends on foreign aid, consigning many more beautiful babies to death and disease.

This, above all else, is what is worrying about Trump on foreign policy: He is unpredictable and driven by whims. He is unmoored from any coherent philosophy of America’s role in the world, and no one — perhaps not even him — truly knows what he’ll do in the event of a crisis.