Boom! Macron Calls Out Putin For Election Meddling…While Standing Next To Him. Take Note, GOP. 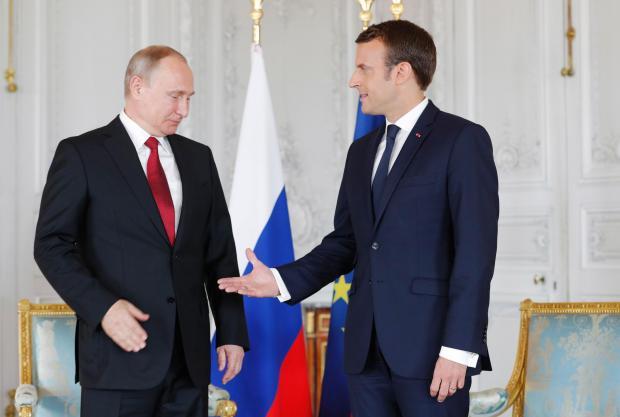 To quote one person on Twitter, I have President envy.

I get the feeling we are seeing the stirring of a fascinating time on the global stage. France and Germany have stepped up to the plate to forge a stronger and more independent path for Europe based in the liberal democracy ideals the US has historically been considered to embody.

Standing up to Trump and Putin visibly and vocally has become a political gain not only in Europe but in the countries on our northern and southern borders.

And as forces outside the US increasingly come together to stand for right vs wrong, MANY in the US will cheer them and anger towards the charlatans currently in charge of Congress will increase. As new information continues to come out about Trump’s dealings with Russia and the GOP’s efforts to sell us all to the highest bidder, the depravity will be laid ever more bare.

Given evolving events, the current GOP path of pretending all is well in the asylum is simply unsustainable.

These are dark times but all is not lost. Not by a long shot.